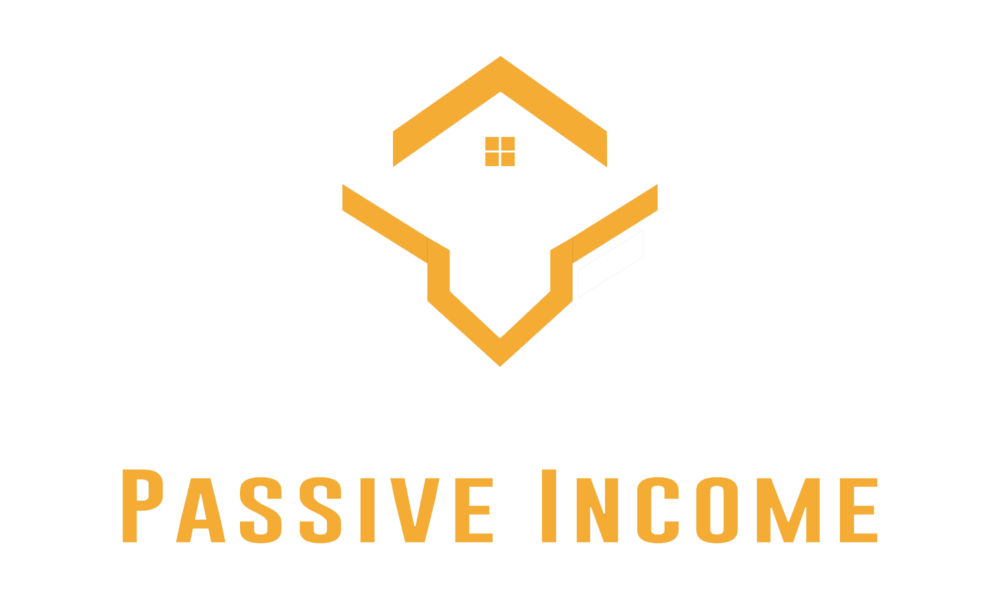 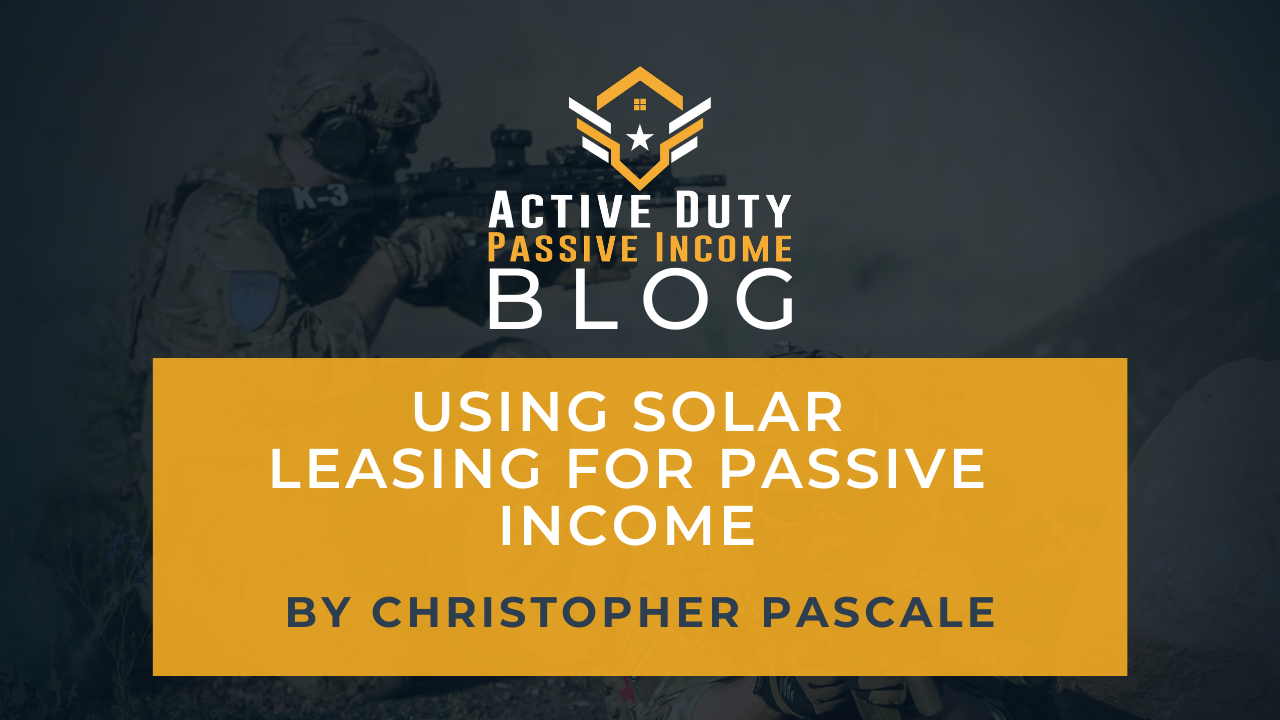 How to use Solar Leasing to Create Passive Income

From 2013-2016, I worked at a factory called Kleer-Fax. During the second half of my tenure, I was the National Sales Manager (sometimes called Chief Marketing Officer). While seeking out ways to increase sales with current customers and getting new ones, I also found other money.

This included a grant from the SBA for hurricane relief, as well as one from a non-profit. But the best opportunity I ever found was in solar leasing.

What Is Solar Leasing?

Solar leasing is when you rent out your property (usually the roof) to an energy company that makes money with solar collection and the sale of SRECs (Solar Renewable Energy Certificates) on the commodities market.

You have a building or land, and you get paid to let someone else install solar technology.

Normally, to go green, you have to pay a good deal up front. Then, for the next 20 years, you are financially responsible for the whole system. Hail storm? You’ll be worried about damage to the panels. Snow? You’ll be thinking of going to the roof to clear it off so sun collection is optimized.

None of this applies to solar leasing. When you rent out your roof or land to a solar company, they own the whole system, and they are responsible for it. You don’t have to do anything other than collect passive income for 20 years.

Is there any cost to you? Yes. You will trade in what you could have potentially made/lost for a guaranteed income that you are contractually owed.

How Much Can You Create Passive Income Leasing Your Roof or Land?

This was a big deal because the building was due for a new roof and then would need another in about 20-30 years. This plan – solar leasing – meant that there would be no need for a sinking fund. We could simply get a loan on the first roof, and then make the payments from this new source of revenue.

The alternative would’ve been to get the new roof, which had been quoted as $80,000, then purchase the system ourselves. Long-term, it could have been much more profitable between electric savings and the sale of SRECs, but Kleer-Fax was not in the business of selling intangible commodities; it was in the business of transforming tangible ones into finished goods.

Is Solar Leasing the Best Option for Passive Income?

Before working at Kleer-Fax, I was the acting controller for a company called SunRay Power Management. They were a client of the accounting firm where I worked, and I was the point man to their operation.

To quote the founder when he pitched the deal to customers, “this is a good deal, but not the best deal.” While they were getting paid to do nothing, they weren’t maxing out the potential income.

However, for people who want to manage risk, you can make money going green without buying the system or having to maintain it. To me, that’s the best option because it’s truly passive income, which is the best tool to build a life of financial independence.

A company like SunRay Power is going to be eager to do business with a company that has a large facility. But what are some options for those without large industrial/commercial properties?

There are companies that provide this service for homes. Just as the $11,000 rental income per year wasn’t that much toward the top line where I worked, you won’t get much for your home either. However, the income will be truly passive while you actively make your community a better place.

A terrific and more lucrative option would be if the lease was for a condominium community, and the system was tied into the development’s clubhouse. Rent payments – perhaps as much as $11,000 per year – can be paid to the HOA, negating any need for immediate increases to the owners -- while adding incredible value with funds for such things as a new pickleball court or an entertainment system in the rec room.

Why Would Someone Pay You to Install Solar at Their Expense?

In closing, you should ask why would someone do this: Pay you to incur all the risk?

They are going to make more money selling the energy back into the grid, and then they are also going to make money selling SRECs, all without having to purchase land or buildings that then need to be maintained. Just as you manage risk by not buying the panels, they manage risk by only needing to worry about the solar array, and nothing else. Additionally, there are state programs that will even reimburse some of the cost of installation. In 2012, when I was at SunRay Power, some states paid as much as 80% of the cost, meaning that what would have taken 20 years to break even, now just took 4.

SREC prices vary by state, and like any commodity, by day. As I write this, the price is about $225. A single-family home may not produce even a single SREC per year, but a 500-acre farm would do very well, as would a chain of malls and big-box stores.

If your goal is to make passive income, this is the way to go. The alternative may bring a greater return, but none of it will be passive. When it’s cloudy, you’ll wonder how much money you’re losing. When leaves fall on your roof, you’ll curse the existence of nearby trees. And when there’s real damage, you’ll have to call an expert to service the system. By renting your roof, you’ll get a flat amount every month for the duration of the contract.

If you're interested in learning more about this and other types of passive income, feel free to join ADPI's Facebook group. There are tons of resources and discussions to help get you started on your path to financial freedom.

Chris Pascale is an accountant, author and professor from Long Island. He served in the US Marine Corps from 2003-2008 as a combat engineer, and was a military spouse from 2004-2012. He and his wife have owned real estate in North Carolina, Louisiana and New York. His other work can be found on Wealthy Joe Investing, GrumpusMaximus.com, and Optimal Living Daily 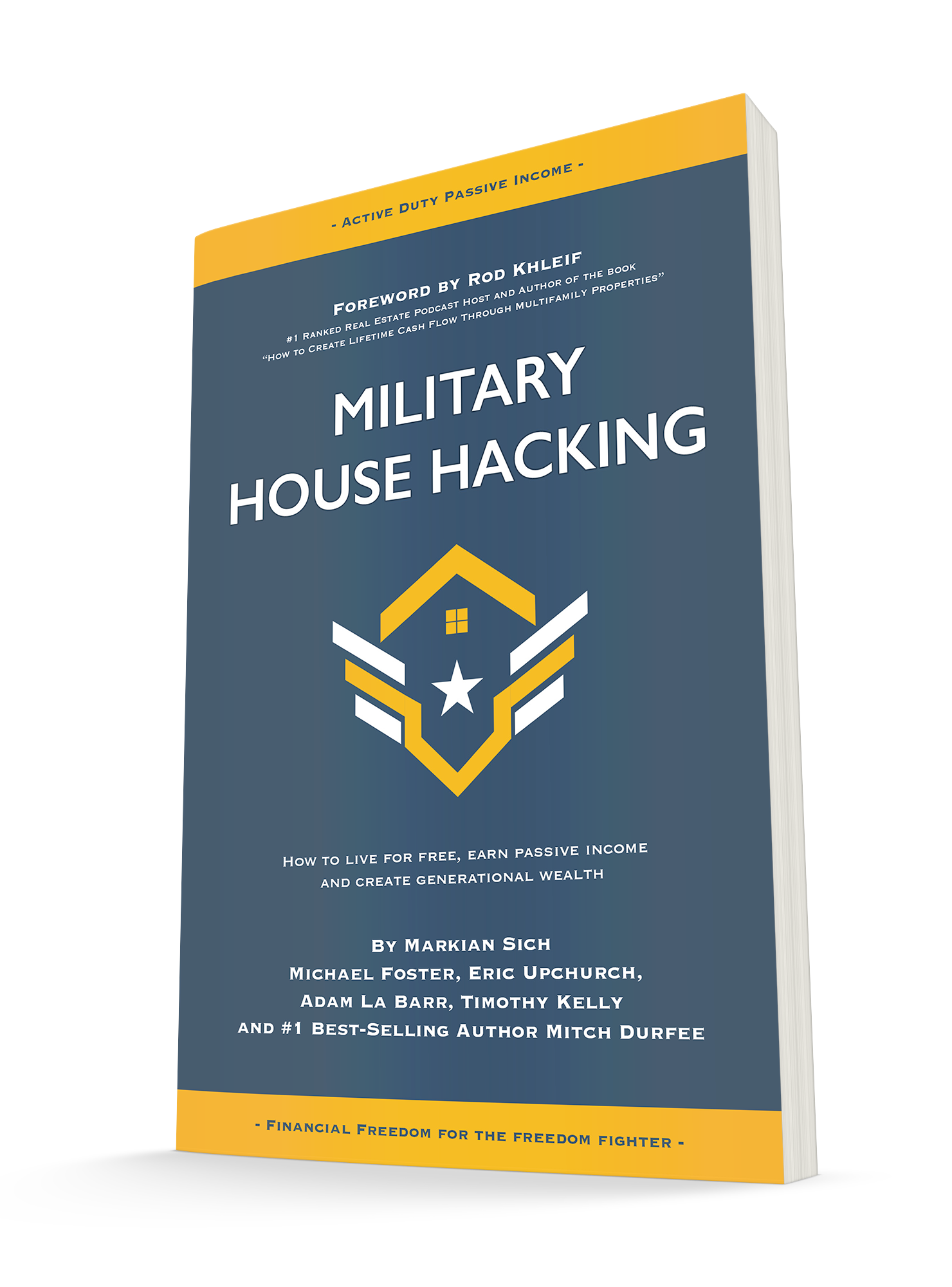